Ted has been recognised for his citizenship and leadership skills on the School Council and as a Performing Arts leader. He plays in our school Rock Band “AMPED UP” as lead guitarist and was instrumental in designing the logo for the group’s Tee shirts.

He has represented the school for 2 years at the Literacy Quiz, was in the Classic team last year that came first and this year came second in Otago. Ted was in the O’Mathalon squad, in the Chess team and plays water polo for Tahuna.

He is heavily involved in Science opportunities at school and was involved in an Orangataung project, more recently, gives a lot of his out of school time to assist at the Orokanui Ecosanctuary. He has achieved the Marine Biology Science Badge. This year Ted was recognised at the Otago Science Fair Awards ceremony in the Plant & Food Science category, Forest & Bird and got the Baking Industry prize for his project. He was also selected to participate in the Riparian Planting day.

Ted really does know how to make the most of opportunities both in and out of school. He naturally demonstrates the Sir Peter Blake ideals without pretention. He shows integrity, great team building skills and leadership, which were key factors in his selection for the Stewart Island camp at the end of last term. He is very hard working and does know how to have fun, but most importantly, is an extremely grounded and solid Tahuna citizen, who epitomises all the values we encourage in our students. Sir Peter Blake would be very proud to see Ted as a recipient of the medal.

Having our previous 2014 recipient, Lucas Govaerts address the school on his own final day of high school, was an added inspiration to the occasion. He spoke with mana on  his journey since leaving Tahuna and still goes by our Tahuna motto, "if it is to be it is up to me." 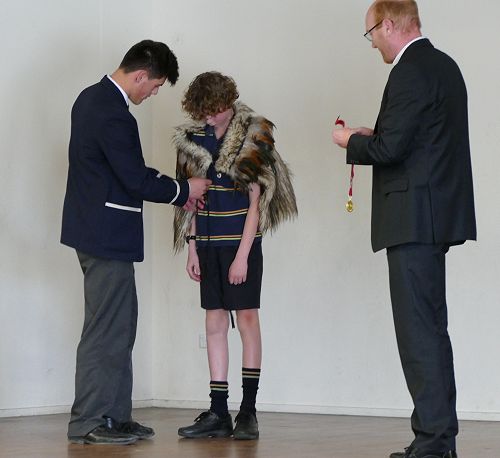 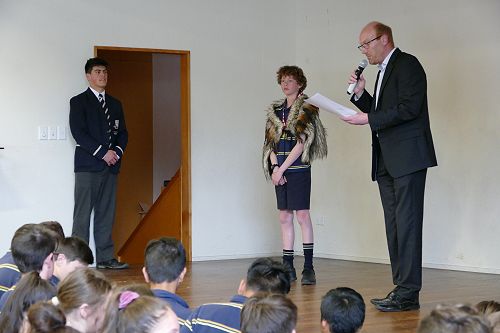 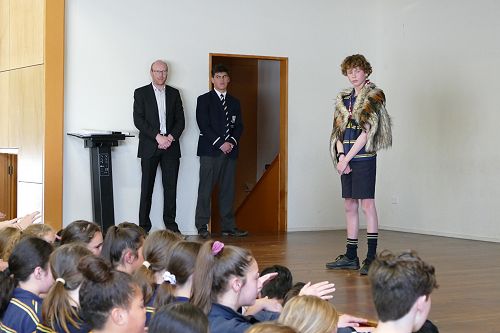 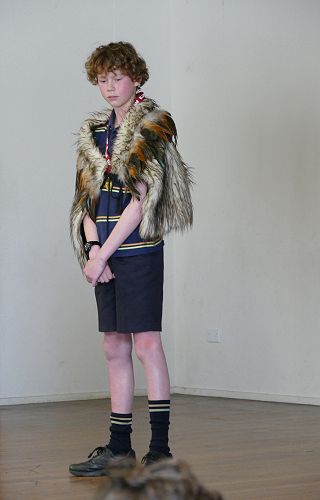 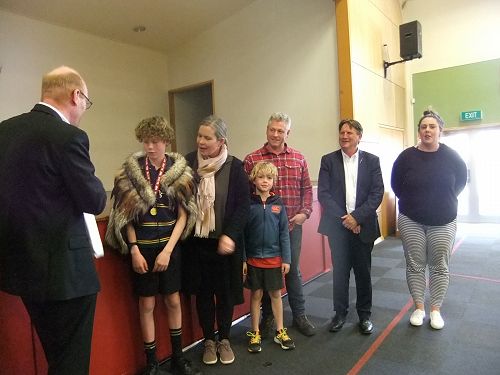